The united front seen during the World Cup is an illusion. Putin fears the convergence of grassroots and an upper-class opponent, says Professor Marie Mendras 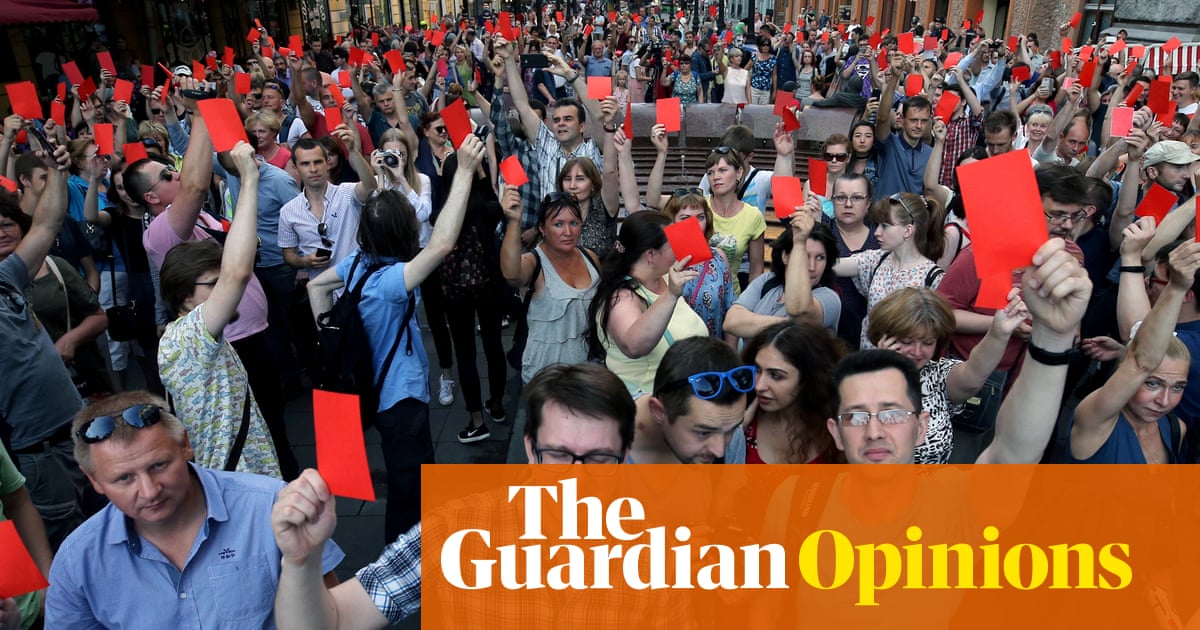 This summer, the World Cup made the illusion Russia was a well-run country with a contented population. But now the athletics pageantry is over, Russians are back to the grey reality of everyday life, and a dire lack of prospects. And the idea of the nation being unified around Vladimir Putin is fiction.

Russia is often presented in binary terms: as a country divided between Putinists and liberals, rich and poor, rural folks and Moscovites, “slavophiles” and westerners. The Kremlin's narrative hinges on the notion of a “patriotic” Russia constantly overcoming a minuscule opposition, illustrated as a “fifth column” that is activated or manipulated by external forces. It is seducing for foreign commentators to adopt such a black-and-white vision, in which the leader is dominant and admired while his doubters are an exception.

In fact, there are three Russias. The first is Putin's Russia, built on an oligarchic power structure and its massive propaganda machine. The second is the average man's Russia, with its many facets but also its common problems. The third is of the professional upper-class and upper-middle class, who benefited from the economic boom of the 2000 s and now have much to lose.

The overwhelming majority of Russia's 140 million people worry about declining living criteria, falling health and education levels, material insecurity, and corruption. A few weeks ago, protests erupted in many regions and across social classes against a government plan to raise the pension age( polls show that eight out of 10 Russians resist the reform ). This demonstrated a swell of mistrust in the authorities, with many people doubting that the Putin system has their best interests at heart. Furthermore, sociologists at the independent Levada Centre in Moscow point to a rising pessimism. Despite TV propaganda- or perhaps because of it- more and more Russians say they are gloomy about their personal prospects, as well as about the country's future. There is also concern about military participation in Ukraine and Syria, and the toll these conflicts are having on young soldiers.

Putin's situation is in fact the classic problem faced by authoritarian leaders. He needs to exhibit popular legitimacy in order to convince his own inner circle, as well as potential contenders, that he's invincible and irreplaceable. A narrative of high approving ratings( allegedly between 80 and 85%) was essential to impose a” landslide victory” in the pre-determined March presidential election, which explains why a serious contender like Alexei Navalnywas not allowed to run. Independent analysts and election observers are still looking into the scale of the fraud that occurred in that vote, as well as the degree of political control exerted on millions of voters. In today's Russia it takes fortitude to uncover manipulations and debunk some of the myths attached to Putin's popularity. Real, sincere voting patterns, free of pressure and rigging, seem to have emerged as follows: over 40% of the electorate abstained, 20% voted for a” small candidate”, and a little less than 40% voted for the president.