Trust is an unusual asset in today’s national politics. How can we find it?|Rachel Botsman

If would-be MPs want to prove theyre worth voting for, they must pass four acid tests… 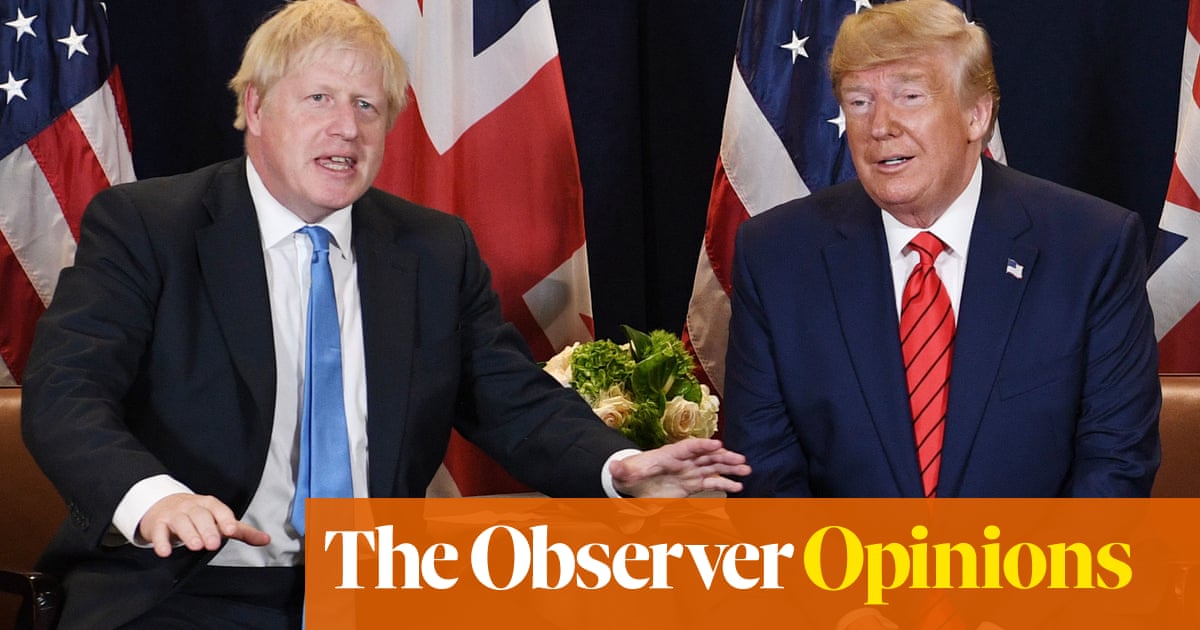 On 12 December, I'll walk into my polling station and set an “X” next to a candidate and party. It ought to be a potent moment- republic at the end of a pencil- yet I suspect I'll leave the booth feeling uneasy, disillusioned and powerless. Why? Because the forthcoming election should be about trust. Instead, it will be driven by fear.

Lack of trust in politicians is hardly front-page news, but levels of distrust in Britain are at an all-time high. It leaves the country open to a dangerous” trust vacuum”, where manipulation, emotional truths and sleights of hand can flourish.

The world is increasingly full of unlikely people in high office. We're in the age of Donald Trump, Volodymyr Zelenskiyin Ukraine, Rodrigo Duterte in the Philippines and Boris Johnson. Trust is being invested in screen presence and bluster; a trick of smoke and tweets.

Perhaps it's time to remind ourselves that voting is about the admittedly drearier business of working out who we can trust the most- or at any rate distrust the least- on the basis of solid reasons, rather than showbiz pizzazz. It turns out there is a relatively simple formula for judging genuine trustworthiness. It doesn't matter if you are deciding on an estate agent, a babysitter or the next prime minister, the four traits of trustworthiness are the same: reliability, proficiency, empathy, integrity. Though I wouldn't like to give the impression that assessing candidates according to these criteria is straightforward. Far from it.

Reliability comes down to a person's consistency in doing what they said they would do, over time. Ultimately, it's about knowing and feeling that you can depend on this person in the long term. With a lot of politicians in the past, for example, you might not have agreed with their principles but at least you knew they would stick to them.

A crucial part of brand Johnson, just like brand Trump, is being consistently inconsistent. He's famous for changing his intellect, even if it contradicts something he said the day before. Jo Swinson claims to be the leading voice of Remainers; however, a video recently resurfaced and went viral present the Liberal Democrat leader in 2008with very different opinions. What are voters to make of that?

There's a catch in all this. Political strategists will argue that, while the public says it wants consistency, it doesn't win votes. Indeed, being willing to say or promise almost anything from one day to the next seems to part of a winning campaign formula. It's a populist game we're falling for and it's distorting our confidence filter.

It comes down to confirmation bias- looking for messages and cherry-picking information that supports our existing faiths. Confirmation bias has always run deep in politics, but social media has multiplied the possibilities exponentially. When a candidate has no fixed posture, we tend to fill in the blanks to our own satisfaction. It's why bide quiet or being confusing about one's true principles can be a winner for legislators.

A candidate who flip-flops over one issue may not lose trust, depending on the reasons for the flip-flopping or how much a voter cares about that particular issue. A nominee who flip-flops on issue after issue, like a teen trying on outfits, raises questions of reliability. On election day, a key question we should ask ourselves is: am I voting for an inconsistent candidate who simply mouths something I want to hear?

Next, proficiency. Political polls tend to ask voters: who do you trust the most? It's a terrible way of framing the trust question. The better question is: how much can we trust someone to do x, y or z? That is, to do a specific undertaking. Redesign the NHS. Tackle climate change. Handle national security. Manage a budget of PS800bn. Negotiate with the EU. That kind of contextual reasoning gets us closer to assessing competence. I may trust Trump to tweet something stupid at 3am, but I don't trust his negotiation skills with Vladimir Putin or Kim Jong-un. I may trust Jeremy Corbyn to renationalise the rail service, but I don't trust him to write a” letter of last resort” to Britain's nuclear submarine chief commander, giving instructions of the actions to be taken if the country is obliterated by a nuclear strike. As a voter, I have to decide which of those trust andcompetence issues were more important to me.

Third, empathy. During the Great Depression, the freshly inaugurated President Franklin Roosevelt induced few promises of quick fix and did not try to sugar-coat the crisis. Through his broadcast fireside chats, however, he presented empathy to his frightened listeners. He asked the country to unite in vanquishing fear. He pulled diverse groups of people together through his seriousnes and openness, apparently genuine. As Roosevelt said:” Nobody cares how much you know until they know how much you care .”

Which brings us to integrity. I'd like to be able to point to a golden age of trust in political integrity but there hasn't been one. Even when Winston Churchill was resulting Britain to victory at the end of the last world war, a Gallup survey saw people are virtually evenly divided between those who believed political leaders were out to do their best for the country and all the persons who believed they were only self-interested.

Integrity comes down to intents and motives. What do political leaders gain by lying? What are their interests and principles and are they aligned with mine? Do I believe they'll do the right thing for the right reasons? In the immortal words of Dr Seuss, which candidate” says what they entail and means what they say “? It matters. When we are standing in the privacy of the election booth, stubby pencil in hand, we're not just voting. We're part of a crucial exercise in trust.

* Rachel Botsman is the author of Who Can You Trust ? and a fellow at Oxford Business School

Vladimir Putin, and also Muscovites, hope Donald Trump will certainly be a close friend to Russia