Think we can rewind to the spirituous days prior to Trump as well as Brexit? Think once again|Gary Younge

The referendum and US election results were symptoms of social divisions that have still not been resolved, says Guardian columnist Gary Younge 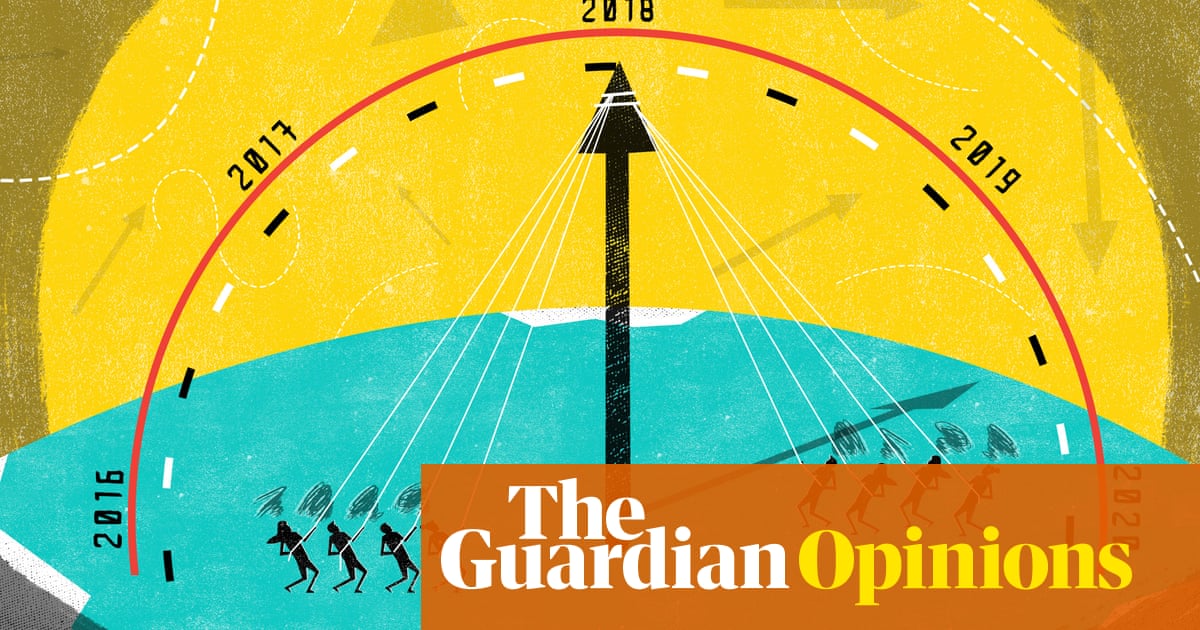 In Shrek Forever After, the eponymous ogre opens his heart to the arch-schemer Rumpelstiltskin. Tired of household obligations, Shrek wants to live just one day as a footloose, scary, bachelor ogre.” Back when villagers were afraid of me ,” he says.” And I could take a mud bath in peace. When I could do what I wanted, when I wanted to do it! Back when the world attained sense !”

Rumpelstiltskin grants his hope but in return demands a day from Shrek's life. Shrek agrees , not realising that Rumpelstiltskin picks the day he was born. The cinema then lays out a counterfactual dystopia, where Shrek's absence leads to a kingdom ruled by Rumpelstiltskin in which persecuted ogres organise a resistance.

The dominant mood among liberals is that we need to go backwards to better times. Brexit followed by the election of Donald Trump provide such undeniable illustrations of self-harm to some that they should be reversed or even erased.( A proportion would add Jeremy Corbyn's elevation to Labour leader to that mixture .)

They argue that these irresponsible decisions were enabled by Russians, ill-informed, misinformed, impulsive, reckless, racist, immediately regretted or ultimately disastrous- and sometimes all of the above- and should not be sacrificed at the altar of anything so quaint as the popular will. The voters should be rescued from themselves.

In pursuit of one enormous do-over, they want Trump impeached and another Brexitvote. Like Shrek, they want to return to a time” when the world built sense “.

It's not difficult to see why. Trump is a megalomaniac- whose closest colleagues, we're now told, question his sanity- and Brexit is a mess. Between them they threaten to inflict, or are already inflicting, untold and possibly irreparable damage. The fact that people voted for them doesn't attain them any less wrong. If it transpires that Trump perpetrated a serious crime, and that that crime induced his election possible, there is a strong case for his impeachment. Similarly, the violation of election rules regulating the Brexit referendum alone makes a case for a rerun. And if parliament cannot agree on the final bargain, or if there is no final deal, then the debate for another referendum becomes very strong.

So these calls for impeachment or a new referendum make sense as far as they run. However, on their own they not only don't go far enough but, like Shrek's bargain, could have unintended outcomes that make things worse. For there is a crucial distinction between challenging a decision that is procedurally flawed or unlawfully enabled, and nullifying a decision because you think it's a mistake. First of all, these moments weren't imposed upon us. They emerged from a democratic process. There were debates and discussion. We could all vote. Some of us lost. There is a cavalier if not cynical stance among some towards the popular will, as though we should only support democracy when republic subsistences us.