How Zuckerberg, Musk as well as Trump make use of ‘information’ to puzzle us

CEOs have started to pull from the Trump playbook: offend, muddle, but ultimately change little 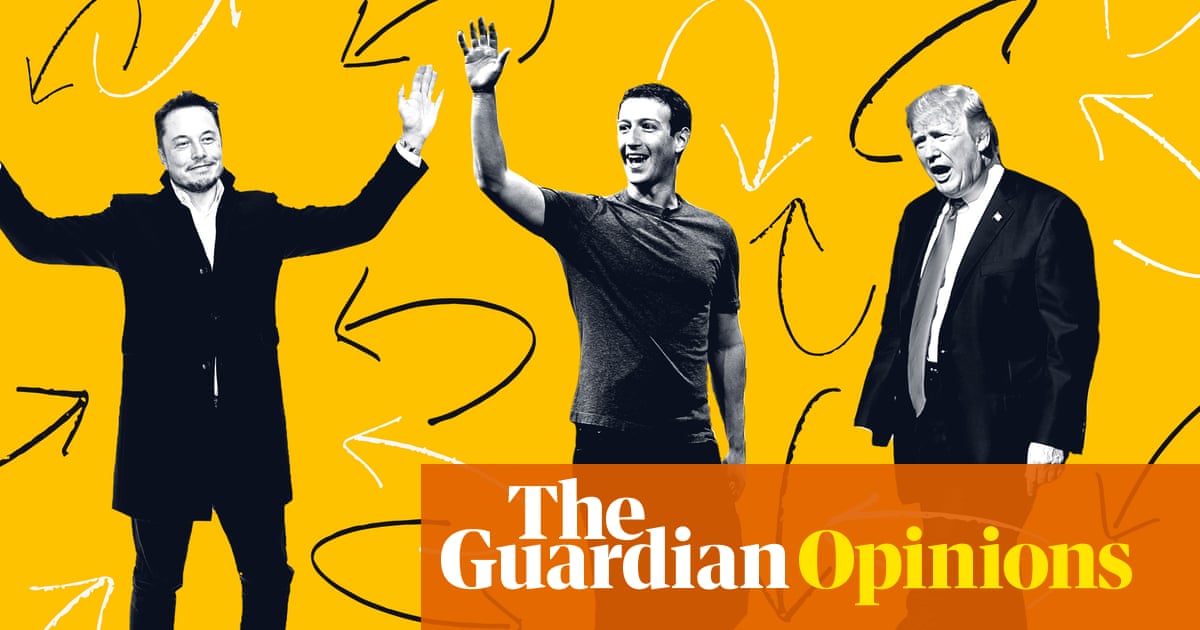 It was a busy week of the information media strategists of powerful billionaires. Elon Musk, Mark Zuckerberg and Donald Trump all said troubling, offensive and, on occasion, factually incorrect things this week. Then hours later, tried to reach back in time and edit their statements, much like you would an errant Facebook post. All three either flatly denied they'd said what they said, or attempted to revise their statements in ways that failed to acknowledge that they'd been said in the first place.

Some of the original statements have been fiddled with so much they feel as though they happened years ago. But a recap: Musk baselessly called Vernon Unsworth, one of the divers who helped rescue a group of boys from a cave in Thailand, a ” pedo” on Twitter. Zuckerberg told an interviewer that Holocaust deniers weren't” intentionally getting it wrong” and would not remove their posts from Facebook because such posts are” not trying to organize damage against person, or assaulting person “. Trump went against the clear findings of his own security agencies and said he didn't see any reason why Russia would have interfered in the US election.

Public figures do sometimes plausibly claim to misspeak under sustained pressure from a fiery interviewer, but none of the original comments were given under duress. Trump's came at likely his most keenly watched press conference since taking office, something he would have had months to prepare for. Musk's came in a series of tweets from his personal account. Merely Zuckerberg faced sustained questioning from an interviewer, Kara Swisher, in his appearance on the Recode Decode podcast.

Yet even then it was Zuckerberg , not Swisher, who brought up the Holocaust. She had been asking about people posting Sandy Hook conspiracy hypothesis on the site, to which Zuckerberg answered:” Let's take this whole closer together … I'm Jewish, and there's a situate of people who deny that the Holocaust happened. I find that deeply offensive. But at the end of the working day, I don't believe that our platform should take that down because I think there are things that different people get wrong. I don't think that they're intentionally get it incorrect .”

Presumably then, the trio's sudden recommend to clarify their statements was the result of an outpouring of condemnation that greeted all of them. Trump was berated by those in his own party. Zuckerberg was rebuked by the Anti-Defamation League. Musk's comments ensure Tesla's stock price tumble and caused widespread condemnation. Yet what followed were not traditional apologies or U-turns, but an attempt to feign they'd never said anything wrong in the first place.

Trump's endeavors at rewriting the past were the most brazen. He first claimed he misspoke at the conference, claiming that he had accidentally utilized “would” instead of “wouldn't” to describe whether he thought Russian intelligence interfered in the election. Afterward the White House tried the same trick again. When Trump was asked by reporters whether he believed Russia was ” still targeting the US”, he clearly said ” no”, contradicting statements by Dan Coates, the director of national intelligence. Sarah Sanders later was of the view that Trump was actually refusing to answer questions when he said ” no “. By Thursday, Trump was claiming he had been” very strong” on Putin and calling the media the foe of the person or persons. CNN's ticker gave up at one point, just saying ” Trump clarifies his clarifications “.

Zuckerberg had more tact, but similarly used confusion rather than contrition to try and get himself off the hook. In a letter to Recode, the organisation that published the original interview, he said:” I enjoyed our dialogue yesterday, but there's one thing I want to clear up. I personally find Holocaust denial deep offensive, and I absolutely didn't intend to defend the intent of people who deny that .” He then went on to repeat his line that people who lie on Facebook would not have their posts removed, but those that advocate for dislike or violence on the site would. Yet he did not re-categorize Holocaust denial as advocating loathe. Nor did he reverse his position that posts that deny the Holocaust would not be removed by moderators. So he's actually clarifying nothing, merely recurring while adding that he doesn't intent to defend Holocaust deniers. One up from the non-apology apology, this is the non-clarification clarification.

THREAT! NBC CUT THIS CLIP OF PUTIN MAKING A MOCKERY OF MEGYN KELLY!