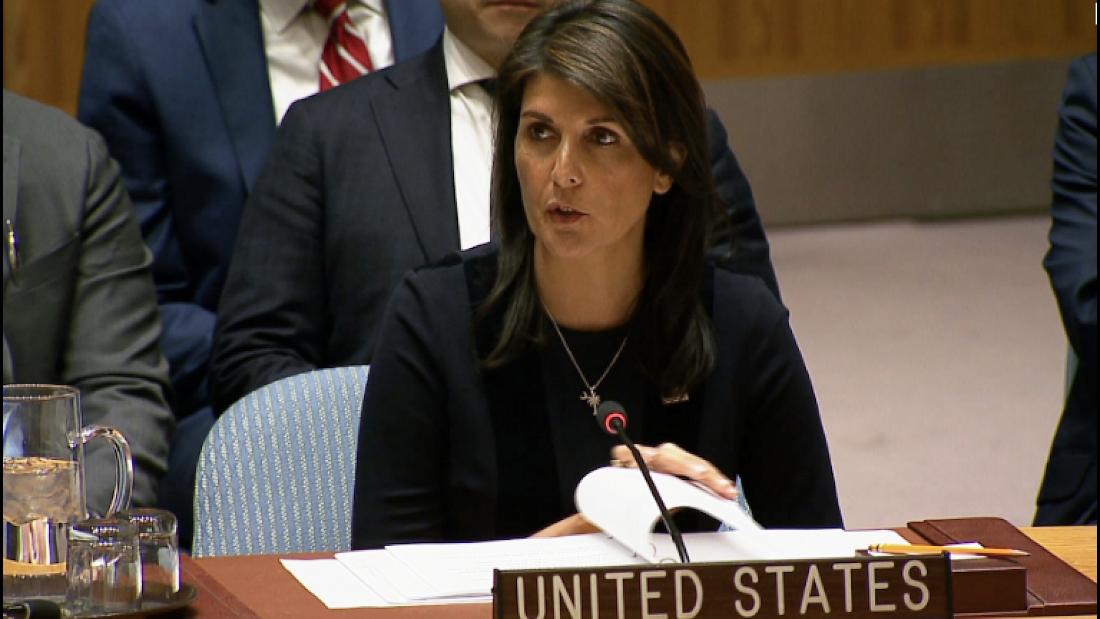 ( CNN) The US will respond to the Assad regime's alleged chemical attack against Syrian civilians, US Ambassador Nikki Haley told the United Nation as she excoriated Russia, saying its hands are “covered in the blood of Syrian children.”

“History will record this as the moment when the Security Council either discharged its duty or demonstrated its utter and complete failure to protect the people of Syria, ” Haley said. “Either way, the United Nation will respond.”
Images of gasping children struggling to breathe shocked the world and galvanized President Donald Trump, who condemned the attack as “sick” and upbraided Russian President Vladimir Putin and Iran for supporting Syrian President Bashar al-Assad.