Fear is based on hundreds of hours of conversations with key players, according to the author, who uncovered the Watergate scandal 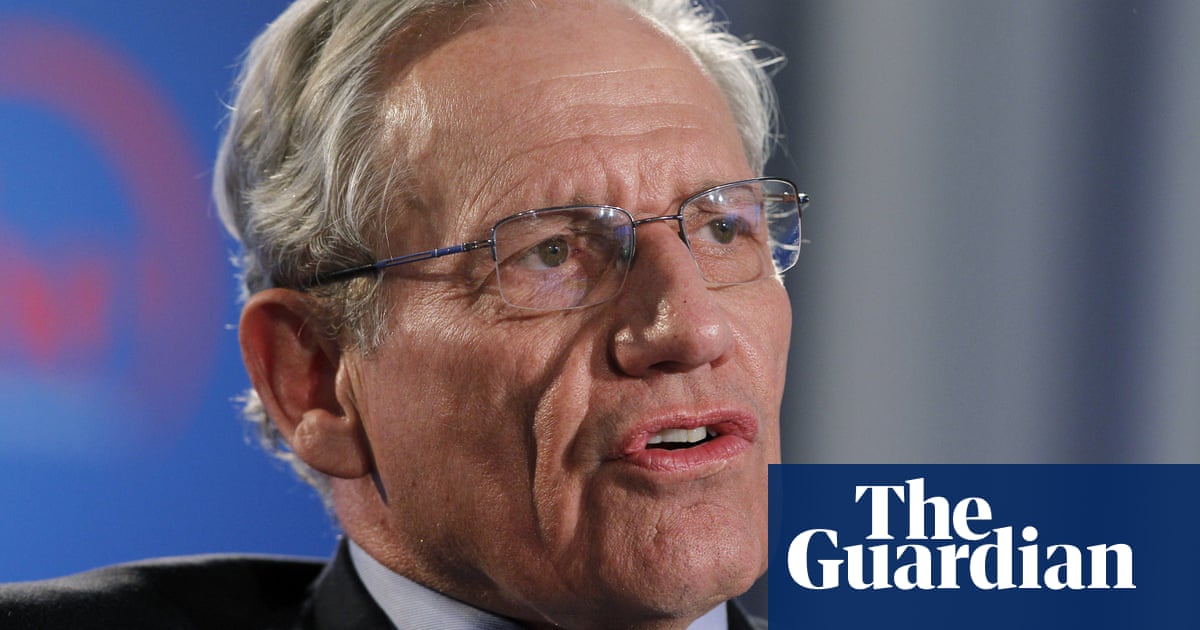 The White House chief of staff, John Kelly, was so incensed by the behavior of Donald Trump that he privately described the president to other aides as an “idiot” and complained that they were in ” Crazytown”, according to an incendiary new account of Trump's presidency.

The unflattering portrait of Trump's White House, in which the president is portrayed as being so gripped by paranoia over the Russia investigation that he is barely able to operate, is contained in Fear, the much-anticipated book by Bob Woodward. A transcript of the book was obtained, days before its official release, by the Washington Post, which reported on several of its most apprehending details on Tuesday.

Woodward has been a star reporter at the Post since 1971 and remains an associate editor. He is most famous for breaking the story of the Watergate scandal with his fellow Post reporter Carl Bernstein. The scandal inspired the resignation of Richard Nixon from the presidency in 1974.

Woodward's depiction of the Trump administration as being in a state of “nervous breakdown” strongly echoes the picture of chaos and pandemonium laid out this year by Michael Wolff in his blockbuster Fire and Fury. But given Woodward's powerful journalistic brand, from his seminal role in expose Watergate through a series of insider portraits of a succession of chairwomen- including Bill Clinton, the younger George Bush and Barack Obama- Fear is likely to carry an even greater punch.

The White House was taking the threat of the forthcoming publication severely enough to put out a statement about it on Tuesday. The White House press secretary, Sarah Sanders, mocked Fear as” nothing more than fabricated tales, many by former disgruntled employees, told to induce the president look bad “.

The 448 -page volume was based, Woodward said, on hundreds of hours of a discussion with direct players, but only on an anonymous basis. Among the revelations was the way that Trump demeans his own senior consultants behind their backs. According to the Washington Post account of the book, the president used to mock his former national security adviser HR McMaster by impersonating him with a puffed-out chest.

Kelly's predecessor as joint chiefs of staff, Reince Priebus, was ” a little rat. He simply scurries around ,” Trump told one of Priebus's subordinates. Jeff Sessions, the US attorney general, was ” mentally retarded. He's this dumb southerner[ who] couldn't even be a one-person country lawyer down in Alabama .”

Some insults were delivered to people' faces. Trump apparently told the commerce secretary, Wilbur Ross:” I don't trust you … you're past your prime .”

Days after the nation mourned the deaths among the Arizona senator and Vietnam war hero John McCain, there are bombshell disclosures about the depth of Trump's disdain for the man. Woodward is reported to describe a dinner at which Trump told senior White House officials that McCain had been cowardly in getting himself released early from a Vietnamese prisoner of war camp.

The defense secretary, Jim Mattis, had to correct the president by pointing out that the truth was in fact the direct opposite- McCain had refused an offer of early release from his captors, out of solidarity with fellow prisoners.

Perhaps the most disturbing element of the Post's rendition of Woodward's volume is the alarm it portrays among top national security officials about Trump's absence of grip over world affairs. After one high-stakes meeting in January of the National Security Council over the North Korean missile threat, Mattis was so exasperated he told associates that the president had the understanding of a 10 -year-old schoolchild.

Top officials plot among themselves, the author writes, in a collective effort to thwart Trump from carrying out his more outlandish longings. Senior officials swipe documents from the president's Oval Office desk so that he cannot act on them.

The most chilling example of that pattern, Woodward says, was following the chemical weapons attack launched by the Syrian president Bashar al-Assad in April 2017.” Let's fucking kill him! Let's go in. Let's kill the fucking plenty of them ,” Trump is reported to have exclaimed.

Mattis promised Trump he would respond immediately, but then softly let the assassination idea drop.

Then there is that outburst attributed to John Kelly. Having called Trump an moron, he is then said by Woodward to have lamented:” I don't know why any of us are here. This is the worst job I've ever had .”

On Tuesday, the joint chiefs of staff also put out a statement in which he called the story” total BS “. Kelly said:” I spend more time with the president than anyone else, and we have an incredibly candid and strong relationship. This is another pathetic attempt to smear people close to President Trump and distract from the administration's many successes .”