Syrian Observatory for Human Rights tells 55 people have been killed, including 13 children and a pregnant woman 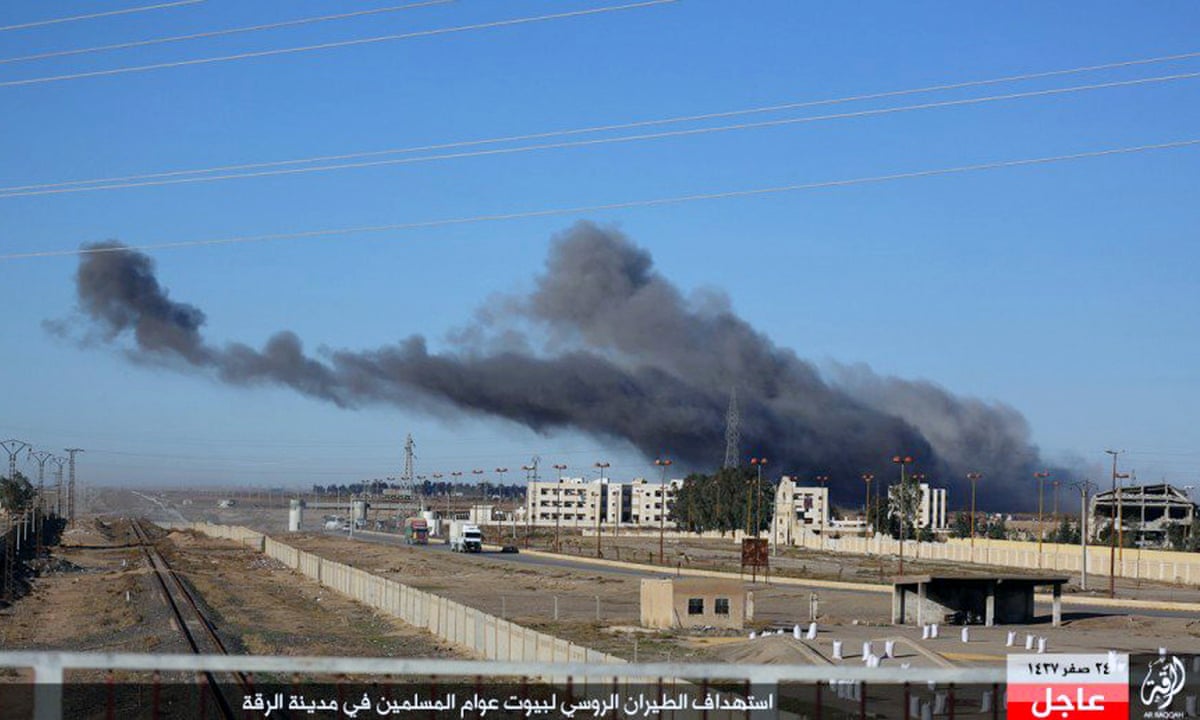 The death toll from purported Russian airstrikes on the Islamic State-held city of Raqqa has climbed in the past 24 hours to at least 55 , mostly civilians, Syrian opposition activists have said.

The UK-based Syrian Observatory for Human Rights, which documents the conflict through activists on the ground, said 55 people have been killed, including 13 children and a pregnant female, in what it said were Russian airstrikes that reached residential areas.

The anti-Isis activist group Raqqa is Being Slaughtered Mutely also said the attacks were by Russian warplanes and put the number of deaths at 60.

The Isis-affiliated news agency Aamaq said 43 people were killed and 60 others wounded. It released a video that purports to show the massacre committed by Russian aircraft in one of Raqqas most congested streets.

Airstrikes on the city in northern Syria were continued on Sunday. The activist group on Saturday said the air raids struck near “the member states national” hospital, a former army base and other neighbourhoods.

Isis has controlled the city since 2013 and considers it the capital of its self-styled caliphate. A Kurdish-led force supported by the US and Russia has said it is planning to liberate Raqqa in the next few months.

The alliance, known as the Syrian Democratic Forces, has had success fighting against Isis in northern Syria, and expelled its militants from their stronghold in Hassakeh the town of Shaddadeh last month.

Russia has been conducting airstrikes in Syria since 30 September. Moscow began describing down members of the military presence in Syria over the past week after Vladimir Putin ordered a partial pullout of Russian aircraft and forces-out in support of indirect peace talks in Geneva.

The Russian president said Moscow would keep enough forces-out in Syria to continue the fight against Isis, the al-Qaida-affiliated al-Nusra Front and other extremist organisations not included in a truce brokered by Russia and the US that came into consequence on 27 February.

Lavrov to participate in Berlin seminar on Libya – Anadolu Agency

Slowik: Can all of us accede that Russia’s Putin is a nasty man? – Chicago Tribune