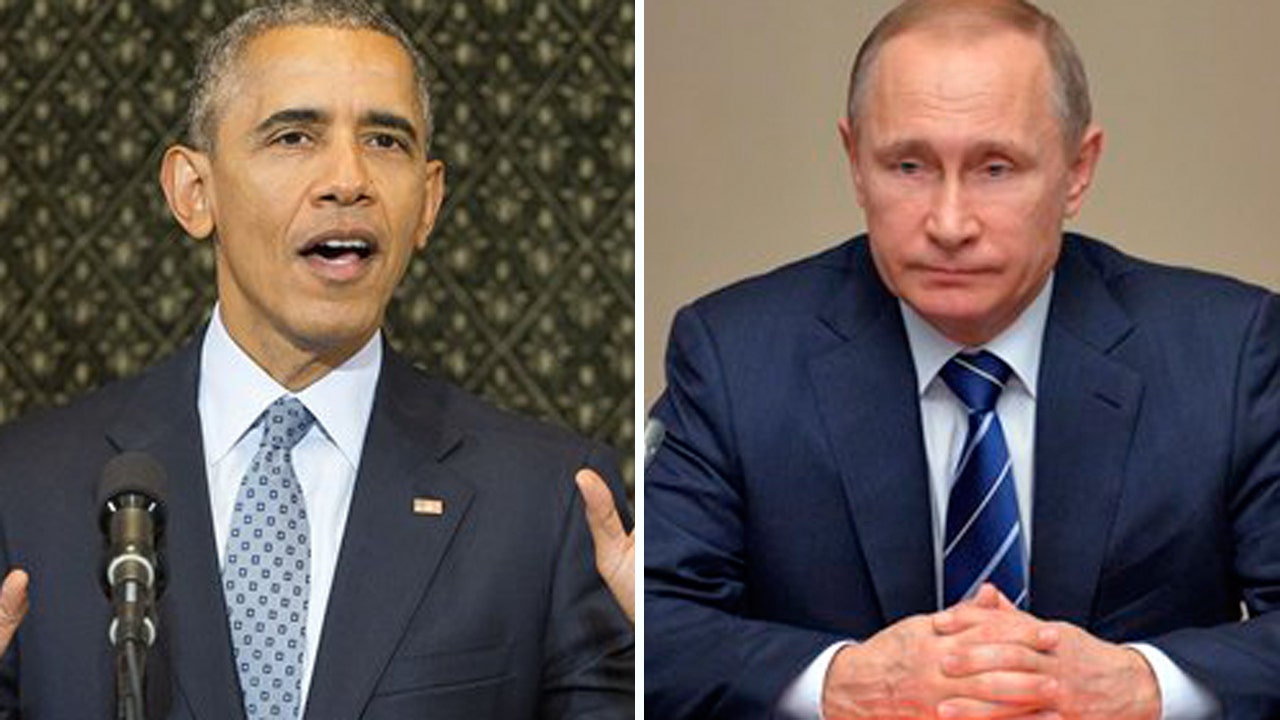 Both sides said the two leaders discussed a possible cease-fire in Syria, but separate statements issued in the Russian and U.S. capitals suggested continued diplomatic jockeying. The conversation between Messrs. Putin and Obama followed an international security meeting in Munich last week, where top Russian officials warned that relations between the Kremlin and the West were descending into Cold War-style confrontation amid the Syria crisis.

On Sunday the Kremlin issued a statement saying that the phone call was at Washington's initiative, and that the two leaders agreed to “intensify cooperation through diplomatic agencies and other entities” to enforce an agreement reached in Munich to decides the technicalities of a Syria cease-fire.

“In particular, Mr. Obama emphasized the significance now of Russia playing a constructive role by ceasing its air campaign against moderate opposition forces in Syria, ” the White House said.

Though diplomats have discussed a cease-fire in Syria that could take effect soon, doubt persists about whether the deal will hold. Russia's intervention with a massive bombing campaign in Syria has given the Kremlin an upper hand in bolstering Mr. Assad. U.S. officials complain that the Russian bombing campaign is doing little to dislodge Islamic State from Syria, and is targeting instead moderate opponents of Mr. Assad, some of whom are supported by the U.S.

The White House said the two presidents discussed the simmering conflict in Ukraine, where Moscow has been supporting separatists on Russia's border. The U.S. and Europe have dangled the possibility of lifting economic sanctions against Russia if it helps enforce a peace accord signed last year in the Belarusian capital of Minsk, and the White House said Mr. Obama “also urged combined Russian-separatists forces to fulfill their Minsk obligations, especially adhering to the cease-fire” and ensuring that international monitors from the Organization for Security and Cooperation in Europe have access to rebel-held areas.

Western diplomats tell Russia has been trying to downplay its role in Ukraine while it use its intervention in Syria to raise its profile as a player on the world stage.

In its statement Sunday, the Kremlin said Mr. Putin in his dialogue with Mr. Obama “once again stressed the importance of creating a common front against terrorism with the rejection of double standardsemphasizing the need to establish a solid working relationship between the militaries of Russia and the United States.”