It couldn’t happen here, until it did- now Germany has joined the mass killing club

The Munich gunman reportedly read up on US school shootings. But no end of experience will help us stop such lone-wolf attacks, terror-inspired or not 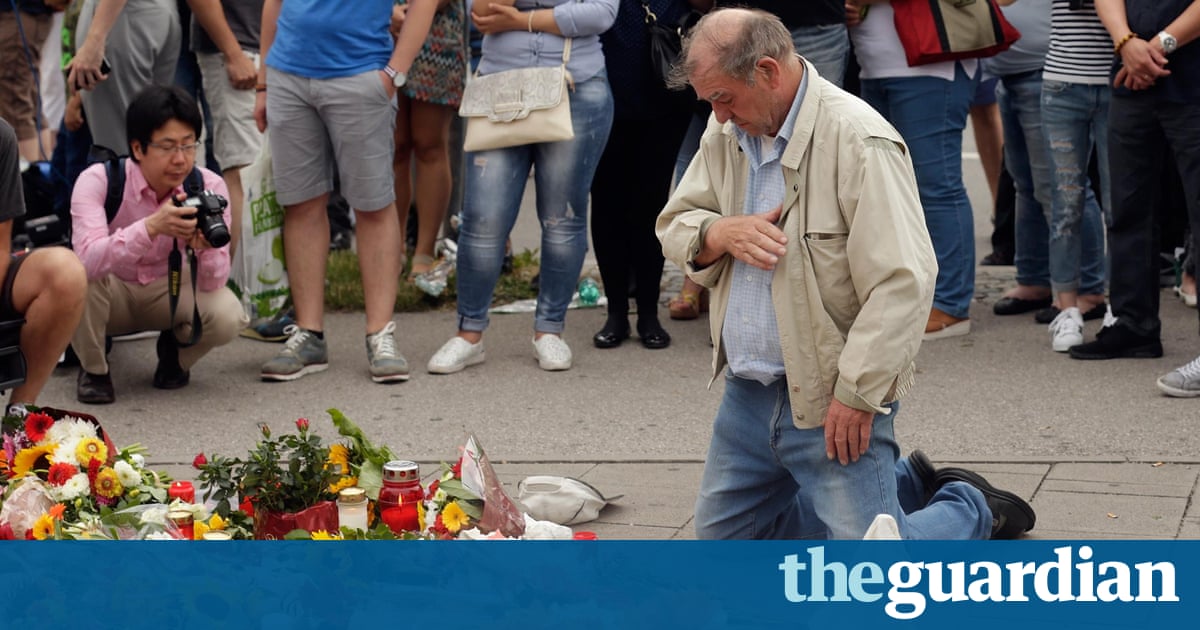 It cant happen here relief laced with smugness has been the standard German reaction to mass murder abroad, especially in the United States. Not here because our gun laws are among the toughest in the world. Nor do we have those dreadful banlieues ringing French cities where young men from Africa and the Middle East find neither tasks nor respect. Not here, with our perfect welfare state that takes care of each and all.

Now, it has happened here. Without assault weapons, as on a train in Bavaria where a young refugee went on a rampage with an ax from the corner hardware store. With a Glock automatic and 300 rounds in Munich on Friday, a massacre left 10 people dead including the assailant. Germany, once blissfully insulated, has now joined the club of mass murder widening from the US to France.

Our standard reflexes leave us flailing around in the dark. No , no Islamic State connection in Munich. No rightwing conspiracy, either. No oppressive racial discrimination. No screaming social injustice not in Germany, with its full employment and lavish social benefits. No trigger-happy police, as in American cities where mayhem claims the lives of black citizens and white police officers alike.

So one by one, our facile theories have evaporated in the face of unspeakable horror, forcing us to revise the classic nomenclature of terror. Beginning with PLO attacks in Europe in the 70 s and continuing with al-Qaida and Isis, terror was imported and staged by trained murderers dispatched from the Middle East.

The bloodbaths in Brussels and Paris( Charlie Hebdo, Bataclan) mark a new phase. These murderers were not recruited by Isis: they recruited themselves, drew attention to mass murder by a demented interpretation of the faith. Add, most recently, San Bernardino and Orlando in the US.

Compare such do-it-yourself terror with the months-long orchestration of 9/11, flight training and all, by Mohammad Atta and his 17 henchmen.

The 9/11 attacks call them Terror 1.0 were organized war. Terror 2.0 such as San Bernardino or the bombing of the Boston marathon has been the work of self-recruited freelancers. Isis did not seek them out; they tried out Isis for self-justification. The most recent iteration of violence, seen in Nice and Munich, is Terror 3.0.

The perpetrators were not jihadis looking for a swift ascent to heaven, but small-time crooks with a history of mental illness: sociopaths, if you will.

The Munich massacre fits the model. The authorities have unearthed no Isis ties. But the man identified as the shooter, Ali David Sonboly, an 18 -year-old dual citizen of Germany and Iran, did undergo psychiatric care. And he took an intense interest in reports of mass killings. In his bedroom, examiners discovered a German speech version of the book Why Kids Kill: Inside the Minds of School Shooters.

Sonboly was no victim of racism or poverty. He wasnt the status of refugees. He lived with his family in a nice middle-class neighborhood near the center of Munich. But he was a loner who loved violent video games such as Grand Theft Auto, according to neighbours.

He invites comparison with another lone-wolf murderer: Anders Breivik, the Norwegian human who precisely five years before the Munich shooting murdered 77 people in Oslo and on the island of Utoya. Possibly, this anniversary delivers a clue as to the why and wherefore. Like Breivik, Sonboly targeted young people. His may have been a copycat killing spree.

It took a while before German chancellor Angela Merkel ran before the cameras. When she did, she delivered the usual boilerplate in measured and reassuring tones. She could feel everybodys pain, she soothed listeners, as Bill Clinton did 17 years ago, after Columbine. And she pledged that the government would do everything to protect the freedom and the security of the people in Germany.

Not very inspiring, but what else could she have said? Preventive law enforcement wants patterns: who is likely to do what, where and why? Lone wolves, such as Mohamed Lahouaiej-Bouhlel in Nice, who killed 84 with nothing more sophisticated than a truck, leave traces that stick out only after the fact. By definition, such freelancers cannot be caught beforehand, especially when they are as smart and circumspect as Breivik and Sonboly. They may be crazy, but they are not stupid.

Are we going to post a guard at every McDonalds? Or search the baggage of millions of train travellers? We might, but at what price? Our hearts go out to the families of the victims. But realism invites sobriety. Not even police states such as Russia can eradicate terror, be it ideological or the deed of the unhinged.

Surveillance will certainly intensify: plenties more cameras in public places, redoubled digital spy, battalions of police in the street. Israelis have lived for decades with organized terror in coffeehouse and disco and on buses. But the worlds most experienced terror fighters have not been able to nab beforehand the child with the knife, the lone murderer with a hijacked bulldozer.

To revive Nineteen Eighty-Four in a liberal democracy is too high a price to pay for total safety.

B92: Dacic as well as Lavrov guarantee “superior relationships in all locations” – Focus News

These Are The Most Dangerous Countries For Journalists In 2016